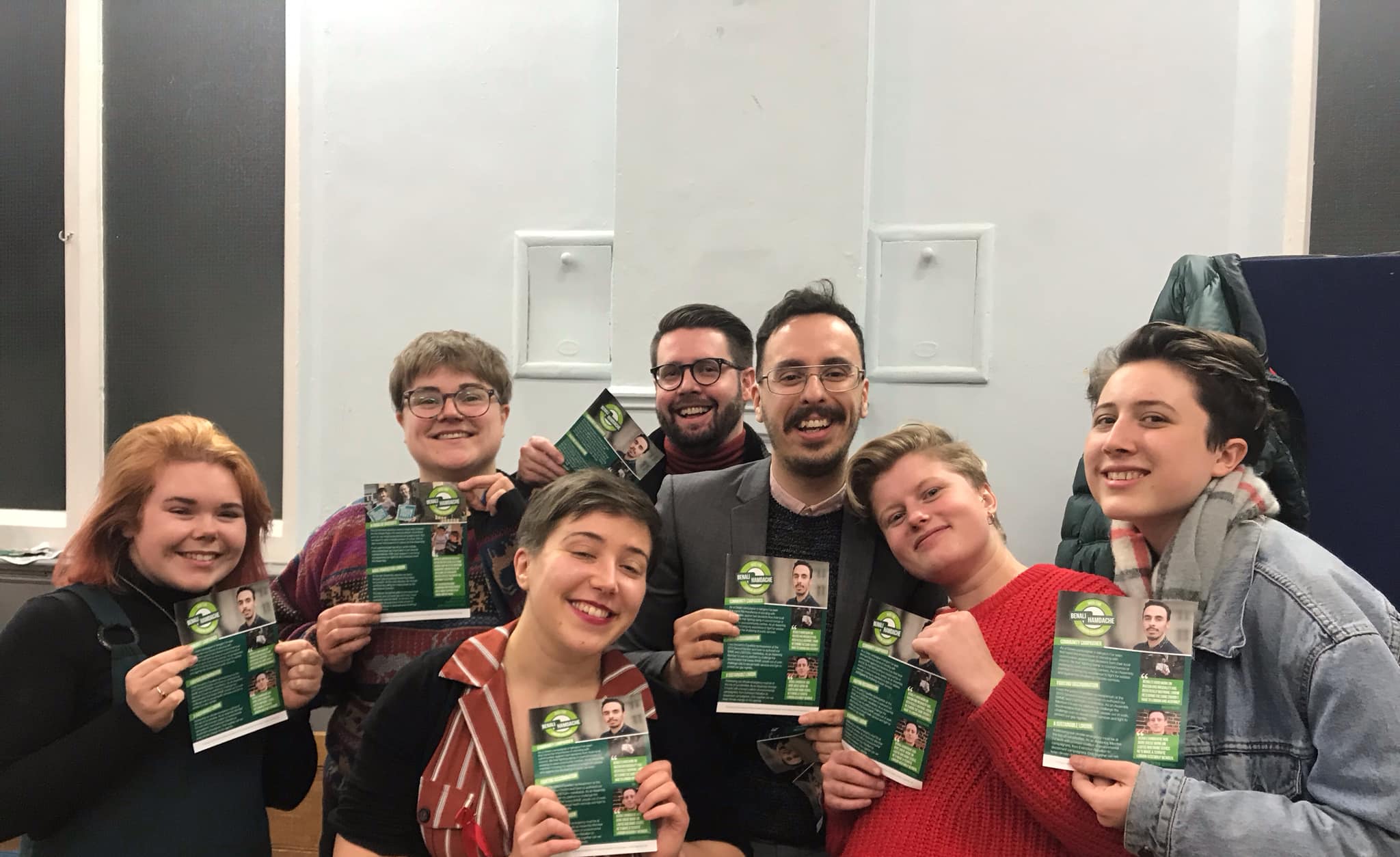 A photo from the hustings on the 19th January.

You can see below my opening and closing speech at the Hustings. Also my opening speech is in text below. A huge thank you to the organisers and all the supporters at the event.

My opening and closing speech

My opening speech (in text)

I moved to London 6 years ago. Like many I came here because it’s where I could find work. I packed my bags, picked a random area on a map and dived in.

Generation after generation have done the same. People from all over the world have come with the promise that you could build a career, a family, a life here.

I’m standing for the Assembly because I believe that promise is in danger of being broken. That London’s toxic inequality threatens the bedrock of this city. Without environmental and social justice this city will be overwhelmed by the housing crisis, by climate change and the myriad of problems that are hurting this city.

Yet how much attention is paid to these problems. Why don’t our politicians act? We live instead in an era where reactionaries sow division.

Millennials are pitted against baby boomers.
Migrants against the working class.
People against planet

It’s all a distraction from the true injustices.

This is a city where bankers chug Moët, metres away from the homeless.
Where Petrol companies sponsor art galleries whilst their fumes choke our children.
Where migrants struggling on minimum wage clean the desks of those politicians who attack them

I’m standing because I believe our Assembly campaign must expose the real inequality in this city. We know that Greens have the ideas to fix this city. Our campaign must carry a message of unity and hope for all Londoners.

It's been my focus throughout my time in this party. I’ve served as our party’s Equalities Spokesperson and I’ve co-authored our BAME manifestos. For two years I put everything into getting elected in Islington and was only 73 votes away from being a Councillor.

I’m asking for your first preference vote because I believe our Assembly campaign needs an experienced campaigner who is laser focused at tackling inequality. Someone who has the passion and track record to work on broadening our appeal and taking our message to communities that haven’t heard us before. With your support I promise to be a champion for every one of us.